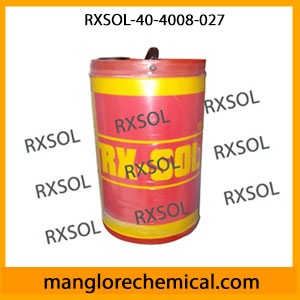 Be the first to review this product

RXSOL-40-4008-027 Biocides is chemical  that prevent and eradicate unwanted biological fouling from the system. Biocides are of various nature such as oxidizing, non-oxidizing, cationic, anionic etc. Biological Fouling or Biofouling is the undesirable accumulation of micro-organisms, algae and diatoms, plants, and animals on surface, pipelines and heat-exchangers of cooling systems. Bio-fouling can be of aerobic (that require oxygen) or anerobic (that don’t require oxygen) organisms. In general the former is found in Cooling Towers and the later in closed circuit systems.

Another very important reason for using RXSOL-40-4008-027 Biocides in cooling towers is to prevent the growth of Legionella, including species that cause legionellosis or Legionnaires’ disease, most notably L. pneumophila, or Mycobacterium avium. The various Legionella species are the cause of Legionnaires’ disease in humans and transmission is via exposure to aerosols—the inhalation of mist droplets containing the bacteria. Common sources of Legionella include cooling towers used in open recirculating evaporative cooling water systems, domestic hot water systems, fountains, and similar disseminators that tap into a public water supply.

There are no reviews yet.

Be the first to review “Biocide Close Loop” Cancel reply